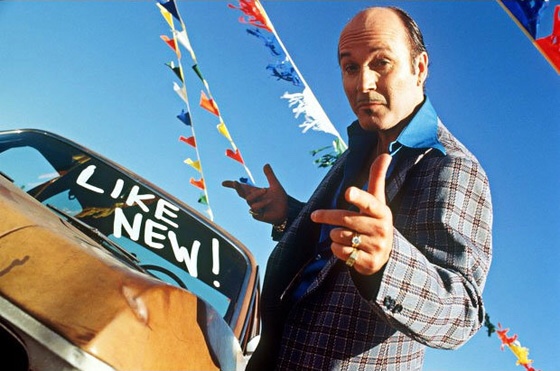 Be it seeking funding for twenty years of academic research, finding a life long partner (or one night stand) , pitching for investment in your extraordinary new enterprise, going for a job interview, meeting your new in-laws, wanting to be in the ‘crowd’ in your local pub, applying for your favoured university, everybody at some point in their life has to Sell.

Everyone lives by selling something

Most will be unaware, most will not be very good at it, most will have had no guidance in how to, most will have to do it only very occasionally, but for some it will an integral part of their working lives.

It is, at the same time , the most underrated and overrated skill. What confounds me is that in the one area where it is of such overriding importance that the necessary skill sets are completely (or at least to the casual observer) overlooked . Regrettably the referred to Casual Observer is in this case rather important .

Is it beyond the wit and ken of mankind, or at least those who have shops, to realise their primary function is to Sell ? As someone who ‘Professionally’, some may question my abilities within this definition, tries to sell to amongst others, Retailers and at the same time (not quite literally, though I have been known to buy the odd item from a customer ) performs the function of the consumer, I cannot for the life of me , think why some of them try to do their very best, within their shop , not to sell. It is not a new problem, nor is it defined by size. By that I mean both large multiples and single independents .

Only last week, I walked into one prospect, only to be completely underwhelmed by the store itself but but more importantly , the, what (yes I mean what , as he was definitely not a who) I took to be owner, whose body, face or mouth did not budge, the entire time I was in the store . It felt like an eternity , yet it was less than three minutes. And oh yes, it is October, it is a supposed to be a Party Shop and there was not one single Halloween item in store. A couple of days later I was (as a customer) in a large multiple retail shed chain, and I can only say the staff appeared to be serving a prison sentence. Or so it seemed. They, without exception, were a miserable bunch. Now I know this chain to be a very successful operation and that even in the present circumstance the sword of Damocles is not hanging over their heads. But for the members of this team it should have been.

Selling does not come naturally to most. Some have it, some don’t , some can be taught it but some can’t. Yet if part of your working life involves you transmitting ownership of a product or service to a third party, selling is part of that process. If this is something that you find difficult then you as a businessowner should seek those skills. As an employee your employer should provide you with those skills and continually manage them.

I, firmly, believe that with some large organisations it is not always about training and often more about management. If those responsible for selling the company’s goods or services are not valued, and work in a unfavourable environment then no matter how skilled they are , they will not perform. This is very evident in a number of large struggling retailers within the last few years. It is has always been true but when you are faced within very tough trading conditions ,the chickens come home to roost. Though those that suffer the most are invariably the employees.

The Retail Customer can be a real pain, in that they are often rude and pig arrogant. Yet I suspect some of that (not all by a long chalk) comes from years of going to shops and being treated in a not dissimilar way , consequently creating a norm of sorts . The days of being ignored by filing finger nails, talking to colleagues, playing with mobiles, attending to some ‘very much more’ important matter computer in-front of them, have got to go. Or this very rapidly changing Retail environment will shrink even further than it is likely to do in the very near future.

The following Quote is probably not entirely apposite, yet I feel it has a lot of relevance in the context of the previous paragraph . It comes from a US company which is a consultant sales operation. Nine times out of ten I would steer well clear of taking quotes from this sort of organisation however, I think this message is very clear and very relevant. Replace no activity with filing nails, talking to colleagues and checking social media accounts…

“The top salespeople are usually the ones with the most activity; it doesn’t guarantee you will close more deals, but if you have no activity, you won’t be closing any deals.

I repeat, this is not just about Retailers. It’s about any contact or relationship between one Organisation and the Individual or Organisation with which it is having a transactional relationship. Now, perhaps, more than ever, a ‘Positive Transactional Relationship’ cannot be overstated . And I think that’s what Selling is all about.