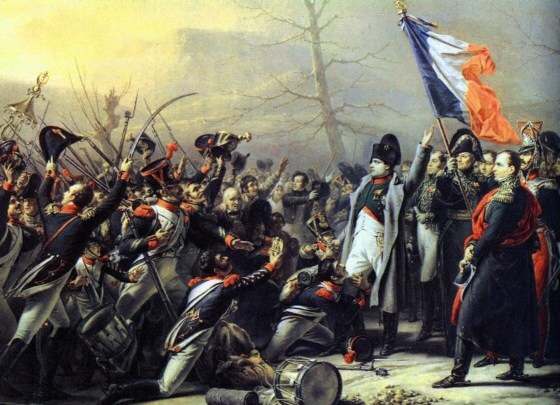 Napoleon, that great French retail analyst, famously said that England ‘was a nation of shopkeepers ‘. Fake news he didn’t. The first time it was recorded was

It was then used by a French revolutionary, M. Barère. Meant in a complimentary manner alluding to England’s great wealth and prosperity.

Well I am sure we used to be jolly good opening little houses, sticking stuff in them, entrapping the passerby and swapping their hard earned dosh for stuff they didn’t know they needed. I am also pretty sure, the French, Germans, Americans, Chinese, Australians and everybody else are also quite good at shopkeeping. But this is all ancient history. I think it is a very apt time to look our recent retailing history and look at some the less obvious factors that have had an impact upon retailers especially independents.

In the mid 1970’s , the corner shop/newsagent started to feel the chill of an extended winter. There had been a gradual expansion since the early fifties. By now the growth had become a decline. The independent shop keeper wanted out. Yet at the same time, there was a large influx of East African Asians, who were being flushed out from various East African nations. Many of these families came from successful trading backgrounds and were looking for commercial possibilities. The Corner Shop was the perfect opportunity for many, as it also involved living accommodation. By the early 2000’s 75% were owned by Asian families.The rest is history . Moreover some have since become the very wealthiest families in the U.K.

But the story did not stop there. Newsagents saw gradual declines owing to various factors such as Supermarkets starting to sell newspapers, decline in smoking , general increase in competition from the supermarkets, less newspapers sold, but there a couple of positive blips. In the early nineties, indeed nearly the same year, there were two significant developments, the National lottery and phone cards. In the early stages both were only available in the independent newsagent or convenience store. The insidious negative was that whilst they were high revenue (low margin) and they brought a lot of punters into the shops it had a massive impact on the said punters spending power. The money spent on phone cards alone was over £75 million (at 1990 prices) and the first lottery week in 1994 took £49 million. This money had to come from somewhere. For the most part a lot of this spend replaced other non essential independent spending eg confectionery, magazines, pocket money toys, stationery etc.

Fast forward and the decline of the independent newsagent has been rapid for a whole gamut of other reasons past and present. Whilst difficult to get exact numbers it is estimated that the number has at very least halved in the last thirty-five years.

So what? You may ask.….’All High Street retailing is really tough’ . The point I am trying to make, yes it is, but retailing is a very tough business and always has been. What changes are the circumstances and the reasons. It is not even cyclical or at least not economically cyclical. Trends, tastes, fashion, technology, competition and a whole bunch of reasons make retailing eternally difficult to master. Newsagents are just an example how over a period of many changes, the outlook has consistently changed for streams iof unrelated issues that are not necessarily common to other types of retailers.

Here are a couple things Napoleon did say (apparently) which have a current ring of truth….

When small men attempt great enterprises, they always end by reducing them to the level of their mediocrity.

Nothing is more difficult, and therefore more precious, than to be able to decide.