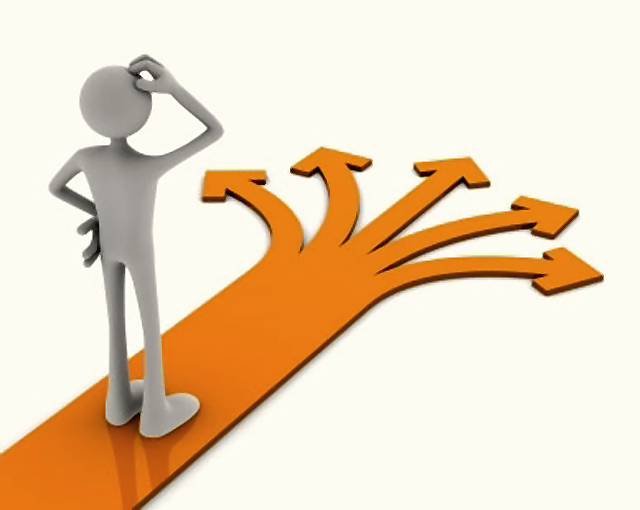 It is very difficult to talk about ‘choice’ without considering that there are large chunks of the world where people have little choice and  for the most part those people would welcome the problems that would come with ‘Choice’.

In the seventies the Band ‘Earth, Wind & Fire’ wrote the lyrics..

At that point in time we had three tv stations, various newspapers( actually loads of them) and the radio as our prime source of information (not forgetting the old geezer in the pub). Now we have less newspapers but countless tv outlets, vast numbers of digital and internet radio stations, web sites, apps and social media, email , text, Whatsapp , the geezer in the pub (invariably its a man)and many other variations too numerous to mention.

In the UK if we wanted eat in or out, there were Indian and chinese restaurants and takeaways , burger chains (Macdonald’s opened their first in 1974 and Pizza Hut in 1973) from there on the eating revolution exploded. In 2018 you can be faced with multi page menu’s containing a world cuisine starting with Chinese, through India to Italy, Britain, Turkey, Mexico and beyond (on one menu).

When it comes to shopping for anything, the choice is literally or as near as dammit endless. Type ‘Shirt’ into Ebay and you will get 25 million results. Anything can be bought from anywhere. In 1970 virtually nobody travelled to Asia( for a holiday). There was still a war in Vietnam and China was ruled by Mao Zedong. Now nearly seven million visit Vietnam every year and in China the figure is found about sixty million.

Yet does inexhaustible choice make life any better ? Choice is, without doubt good, but we are reaching the level of choice that starts to create problems. Today’s retailers or service providers face huge choice issues and they ain’t all good.

Pre-internet they were all faced with similar problems, but now they know their online competitors can offer a vastly greater choice and without necessarily carrying the stock. I am as guilty as the next person. If I was buying a shirt and went into a store and saw maybe a dozen different styles, I may have gone to one other store and seen another dozen, but now I won’t waste my time . I’ll go online and look at, maybe, several hundred….

Herein, lies another anathema. I have done this and then thought there is too much to look at, so delaying the purchase, completely. I am convinced that there are now many consumer purchases that are delayed or even nullified by being overwhelmed by choice. A recent conversation with someone who had returned from living in a somewhat less ‘sophisticated’ retail society , walked out of her local supermarket not buying anything as she was overwhelmed by too much choice.

How many of us go beyond the second or third page on Amazon or EBay? Yet many product searches will display twenty plus pages. How many of us go into a multi paged menu restaurant and just gaze at the pages ?Why do Apple launch three new phones that all do exactly the same thing except the basic expensive new one doesn’t quite take as good a photo as the next two even more expensive phones ? How many have walked into a coffee shop and left with their head spinning having been presented with thirty five variations of …Coffee ?

But it’s not about just buying stuff. It’s how we live . What job we choose, what we eat every day, how we communicate with each other, what faith (if any) we follow. How many kids we have . What school they go to. Where we live . Where we get our information from. Where do we go on holiday. How we travel . What we look like. What diet to follow. What exercise regime to follow. Which piece of latest medical research is correct. Even within our own society such choices are not available to many. Overall, I am not convinced that the explosion of choice is doing us any favours .

To paraphrase a Times journalist discussing his in ability to work out the number remotes he has to operate his tv, skybox, and internet..

The tyranny of choice, is just that ….when we had a limited choice of tv stations we all accepted what there was to watch….now there are thousands of options, we just complain there’s nothing to watch …

Ironically, the one area of choice that appears to be reducing is that of politics. In most democracies it would appear the choices are funnelled into a decreasing number of directions . Many are being left with little or no choice, as political offerings are generally pretty binary and offer little in the way of any sort of choice. Currently, in the U.K., it could be said there is no choice as nobody knows what any of them actually stands for.

It is easy for those of us with loads of choice to sit back and pontificate on how negative a plethora of choice is, whilst those , not so fortunate, would love to have the associated problems. However, it is as it is. And we need to take care with how we ‘choose our choices’ . ‘cos as with anything, too much is not always a good thing. Rather, it usually isn’t …a good thing.

The French have a saying

Translating to Too much choice kills the choice

A man has free choice to the extent that he is rational.

Too much choice makes us irrational

When you give people too many choices it makes them hesitate and not buy stuff.~ Guy Kawasaki-who was one  of the original senior marketing executives at Apple.

The freedom of choice is to be cherished. Yet with too much choice we have ensure it does not become less a freedom more a restriction . 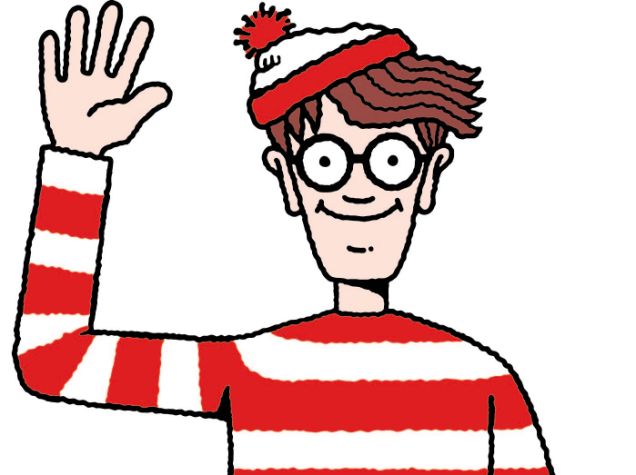 Or rather where are the old  Woolworth stores now ? I try to avoid plagiarism (or at least most of the time) but I noticed a short article on the BBC web site that I felt was of interest and by copying pasting told a story without any unneccesary embellishments. 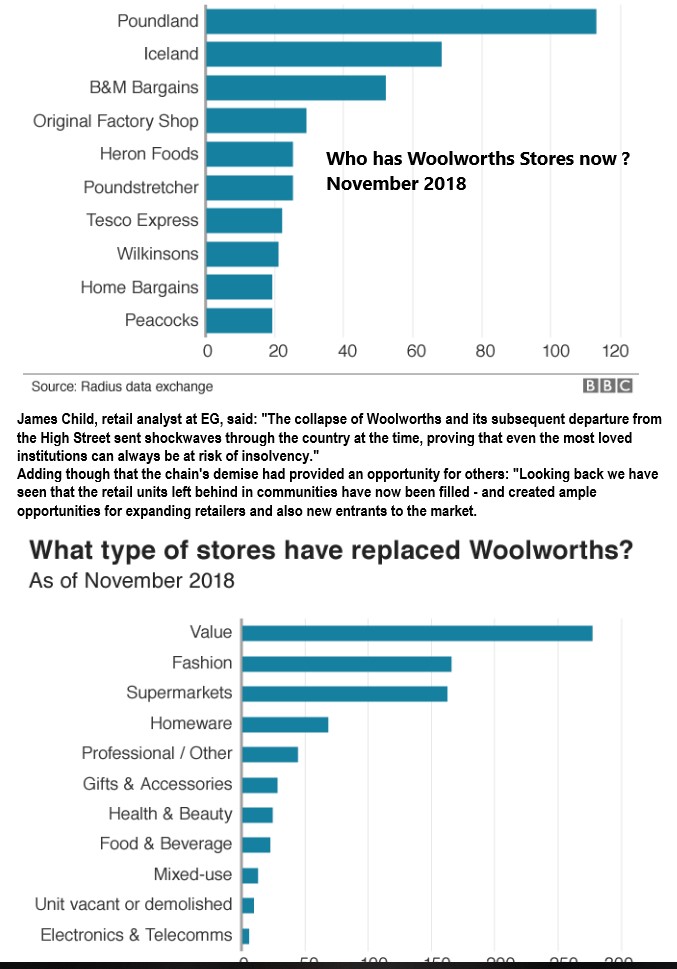 It is sort of good news , in that we readily assume that when a chain such as Woolworths folds, it leaves big holes in the High Street. However , with the likes of BHS and the same will be true with the House of Fraser, there will be larger holes that will not be filled or unlikely to be filled with retailers. It does make you smile, when so-called retail analysts refer to the likes of Woolworths as being much ‘loved’. It’s because they weren’t much-loved that they failed.

I think that what it does illustrate is that Retail environments will continue to evolve. What we see today is very different to ten years ago, as it is was ten years before that and so on. My own little shopping parade of about twenty retail outlets (suburban London) , has gone from losing an original Sainsbury’s to now having a Sainburys local with a thirty-five year gap. The loss of a small department store over thirty years ago , eventually replaced with an electrical store, a beauty salon and a bank (the only bank after having had three).  The last five years having had a lean period where there have been failed restaurants, a closed post office , an iffy wine shop, to now having a very smart deli, two very succesful turkish restaurants, and quite possibly a M&S foodhall.

It’s a bit like the extreme electrical storms that hit the African bush and create huge wild fires. It burns off the old scrub and allows for new growth. Regrettably, our storms, whilst not electric, are rather longer lasting , and do not have the benefit of new growth created by nature. Nonetheless, change happens and there will always be casualties. It is the ability to foresee those changes, adapt and work with the opportunities those changes create. Easier said than done? Sure, but I don’t think you’ll find any successful retailers, in the entire history of ‘shops’ that would say it had been easy .