Were the words I woke up to recently . To which I responded ….

What bullshit have you been listening to ?

Julia, if not sleeping well listens to various stuff through a mini radio during the night , therefore random and often somewhat bizarre facts are not unusual upon awakening . Yet in this case, it was neither random but it was slightly bizarre. It was a Farming Programme . Me thinks I need to investigate this further and ask our own little philosopher .

So, Julia was correct.

U.K.-based Josh Riddett, who started Easy Crypto Hunter in 2017 in Manchester, has carved a niche selling farmers equipment powered by renewable energy such as anaerobic digestion, which turns animal dung into energy.

……Farmers with renewable energy sources like solar, hydro, wind or anaerobic digestion can sell their power back to energy companies for around 4-7 pence per kilowatt-hour — but they can earn up to 10 times that running a crypto mining machine instead.

I, really, don’t know where to go with this . My image of a farmer, wearing brown trousers, piece of corn grass hanging out the side of their mouth, collarless shirt, red cheeks and hands the size of footballs, has been blown out the water . Has it been replaced by thick glasses, a pizza stained T shirt, pale complexion, blood shot eyes and cans of Dr Pepper(most tech nerds are based in North America- yes I know not all) on the table ? I think not. There will be many farmers out there who would rightly claim they make little enough out of farming fields. What’s there to loose ?

A lot. Life is not quite as simple as I don’t make much on that so I will do that instead. Farming for food production is an essential .Crypto currency is not. Moreover, Cryptocurrency is a huge gamble . It is a bet, sometimes a scam, no more (yet). I have no doubt Cryptocurrencies are here to stay in some form or other but it will not replace Farming. Besides, if farmers stopped rearing Pigs , where is all the shit going to come from to keep the Crypto Mines Working.

That said, it got Julia and I to thinking. We approached Aristotle with a view to using his poo for a something similar but maybe on a slightly smaller scale. He said Dont be bloody stupid, you are barking up the wrong tree. You have missed the boat. Dogecoin was developed in 2013……..Seriously Dogecoin is a trading platform for Cryptocurrency.

Will Farmers continue to move from agriculture to mining cryptocurrencies ? Will Tech Nerds become Pig Farmers ?

No. But as the old cliched phrase ‘Where there is muck, there is brass’ resonates once again, there is no doubt that there will be rapid changes in farming practices as there will be in the way money is transacted . Farming essential, money essential , renewables now essential, it only needs a small leap in imagination….. Ask Aristotle. 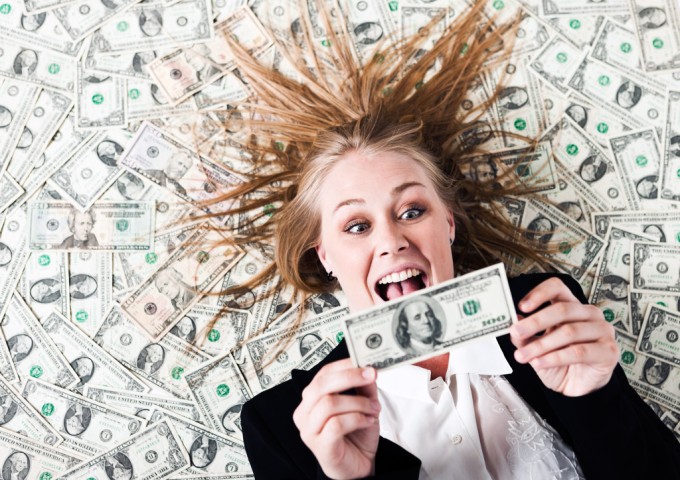 I am not . I , truly am not . I am not envious of wealth or rather enormous wealth. I would like a bit , it goes without saying, but I am intrigued by enormous wealth. The easiest way for me to indulge in that intrigue is by looking at The Times Newspaper Annual Rich List.

I can easily swat aside those who say ‘of course you would want to fabulously wealthy’. I really couldn’t handle all the crap that goes with it. When you reach a point that you don’t know how many properties you own, or how many cars sit in your underground garages and making sure that every second of your day is covered by sufficient security and whether your family is safe, what is the point ? Perhaps that is part of the problem . Money no longer has a value, it is purely all about numbers and they are driven by that thought of continually upping the numbers . I digress, but only a bit.

Within the Rich list there is a whole bunch of guys and gals ( mainly guys) with heaps of money . During the Pandemic (2020) their combined wealth grew by 22%. I suppose it is not entirely surprising as this bunch of happy bunnies will own and control a greater many resources and when things are tough and resources or access to them becomes tough so their value increases exponentially.

Whilst there are the obvious players such Abramovich, Blavatnik, Dyson , The Hinduja family, there is a group of players who I class as the much ado about nothing, or rather their fortune is built on nothing tangible. I will return to this after taking a pokey at the retailers that still remain in the list . There being a good number, both in terms of bricks and mortar and online.

Stephen Rubin- £6+billion . family owned Pentland Group amongst the Group are brands such as Kickers, Speedo, Berghaus and a big junk of JD Sports.

Weston Family -£11+billion ,Primark and Selfridges to name but two

Jonas & Mathias Kamprad £1.74 billion -Ikea- Admittedly inherited but they are London based

I haven’t included those whose operations no longer exist such the worlds favourite retailer Mr Green and Arcadia. But it is surprising, in terms of retail , in the UK, the wealthiest are those with bricks and mortar…… for the moment.

The two wealthiest in the world are both retailers- One primarily stores(but not exclusively) – the other needs no explanation.

No 1 The Walton Family (yes the family that were constantly on our TV’s several years ago -err no actually the owners of Walmart ) £166 Billion.

No 2 Jeff Bezos, soon to be Rocket man, the founder of Amazon £128 billion.

The last column on the right illustrates how they ‘suffered’ (Times Rich List- My words ‘suffered’ – not theirs).

But all that, is not what irks me . I have no issue with wealth creation, I have a problem with The Much Ado’s

There are, of course the Peskie Ruskies or more accurately , as they are not all Russian, former Soviets. The Abramoviches, Usmanov, German Khan(actually Ukrainian), Michael Fridman and a whole bunch more whose original assets were obtained by dubious means . It is the wealth that is created by legal but by not creating anything but confidence or analysed and calculated hope . By that I mean people believing that an idea is going to work even though the idea is not even an actuality . For example Denis Sverdlov whose British Manufacturing company of electric vehicles is worth £8.1 billion and not a vehicle has yet been made. This, in itself, is no bad thing if indeed the vehicle is made and successful . But Elon Musk who has been making vehicles for some time, has become one of the worlds richest men without yet making a profit ( I know he made a load of dosh via PayPal, but not through Tesla apart from its share price). Alex Chesterman, Cazoo fame (online car selling platform) , a loss making operation to date was valued at £5 billion on the New York Stock Exchange. It has yet to sell 20,000 cars.

Then there is the readily available lines of credit . Readily ,often for those who don’t need it, but sparse for those that do. There are the Issa brothers, for example, who raised £6.8 Billion , and contributed £780 million to buy Asda. I don’t want to start on cryptocurrency. A concept understood by few, creates nothing tangible, yet (in the case of Bitcoin) has increased in value by over 400% even with having fallen back from its peak. The latest wealth creator being digital art . where has that come from or rather where has the value come from?

it all leads to whole bunch of guys that actually don’t contribute a lot in terms of products, services, or indeed anything useful yet in doing their Much about doing nothing, are worth a ‘elluva lot. At very least Charles Ponzi and Bernard Madoff grafted at being thieving bastards.