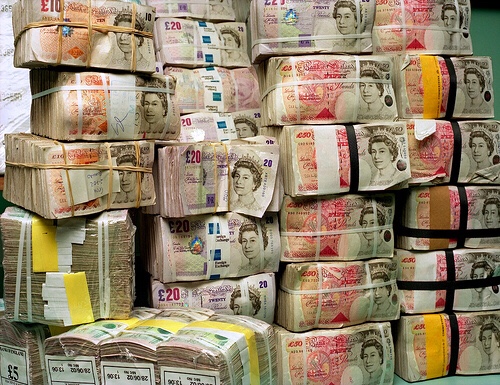 A large chunk of this post comes directly from the 2018 Sunday Times Rich List. For which I make no apology. I have gone through all the 1000 in the list and extrapolated the U.K. retailers (online and bricks and mortar) plus relevant wholesalers as they are part of the retail chain.

Here’s the listy bit…in order of wealth ….the ranking does not reflect their ranking in the complete list. I have also omitted any who have either completely sold out or inherited their fortunes ie one the Ikea family lives in the U.K. but plays no part in the business . The Sainsbury family sold out long ago, no longer in the business. The Hoyle family founders of the Card Factory, greeting card chain , sold out no longer involved.

1. The Weston Family …Associated British Foods…empire including Primark & Selfridges, plus loads of leading brands as diverse as Twinings & Ryvita. £10.05 billion

2. Barclay Brothers….Shop Direct among many of their companies £7.4 billion

4. Sir Anwar Perez…Bestway Cash & Carry..largest cash and carry operation in the U.K. serving over 100,000 outlets. The family crops up a number of times in the Rich List…. £3.02 billion

6. Arora Bros….B&M Stores….over 600 stores. They have sold a majority stock but are still significant shareholders…. £2.3 billion

Listy bit done. Undoubtedly the accuracy of the numbers is questionable as the value of their share holdings frequently accounts for large part of total valuation and this, of course, can vary day to day . But the principle remains the same and generally so does the order.

What drew my interest was to see what the split was between bricks and mortar and online operators . With the intense pressure on the High Street , I was expecting to see a greater proliferation of internet entrepreneurs, yet this does not seem to be the case. An Internet entrepreneur does not appear until no 12. The figures will be a little cloudy as many of High Street operators are online as well. Yet in the first ‘eleven ‘ the online percentage of the businesses is relatively small.

Despite continuing store closures amongst the less successful, many of the top retailers in this are still highly successful and very profitable eg Tommy Morris, the Arora Bros, Mike Ashley, the Adderly Family, Phillip Day….on the other hand the internet entrepreneurs are not yet creating real wealth. For example Ocado, until recent years traded at a loss ploughing everything back into the business. Steiner’s wealth is much elevated by their share price. John Roberts of AO.com is struggling to make any profit , saying that their European operations won’t make a trading profit until 2021.

Whilst online is taking chunks of sales off the High Street, and consequently retailers margins and profits, many are creating revenues but struggling to turn this into a profit. There is much evidence to support this such as Tesco Direct being closed down. The fact that it took so long for Ocado to show an operating profit and the likes of AO yet to show a profit. Even the ‘beast’ Amazon, did not show a profit for many years. Jeff Bezos is fabulously wealthy by dint of the company stock value being so high. Yet I, also, believe there is a further rationale to the problem in turning a profit for online entrepreneurs . For many years Amazon ploughed back their profits into the development of the organisation. This, in itself, created a very high bar for competitors to attain. And still is. You will find many online retailers state their marketing cost are enormous and constantly rising.

So it is my belief that it will be some while before the internet ‘sales’ entrepreneurs will start to impact on the more traditional wealth within the world’s Rich lists. Furthermore, I suspect that the current members of the list will be very different in the next five years or so. The change will happen, of that I have no doubt. I just think that the interlopers are not currently among this list.

So there are a Rich retailers in the U.K. but I suspect it will be a very different picture within ten years.