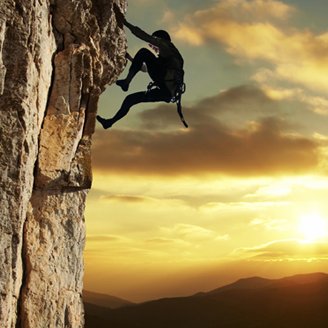 James Daunt , formerly one of societies ‘ pariahs’ (investment banker) decided in 1990(aged twenty seven, I think) to open a book shop in central London. He opened not one but five. He loved books and he loved bookshops even more.

In 2011, the ailing High Street book shop chain Waterstones , on the verge of bankruptcy, was bought out by an investor who asked Daunt to be come MD. He took the chain from the verge of bankruptcy to a vibrant and highly profitable portfolio of over two hundred and ninety stores. Furthermore his methods are, I believe, worth considering by many multiple and independent retailers.

‘It was a strong culture, born of the [former owners] HMV and WH Smith mindset, and to my mind it was utterly bonkers,’ he says. ‘You were trying to run the same bookshop up and down the land; it was centralised. Coming in as an outsider, I thought, “How do you change that, and then change it without breaking it?”

These two former owners tell their own story ie one has gone bust and the other whilst profitable, it is with little thanks to their High Street stores . However that was part of the problem and he needed to change that.

‘I came from an independent bookseller in a world of chains, and I loathed chain retailing. I needed to survive as an independent in a Waterstones world. And you rely on quality and creating shops customers want to be in.’

Being a bit on the lazy I shall continue to quote Daunt himself . In this case it is not only easier but his words tell the story better than I can .

‘Staff are now in control of their own shops. Hopefully they’re enjoying their work more. They’re creating something very different in each store. We have a lot of different markets.’ In what way? ‘Much as Asda sells different things to Waitrose. If you pile up the latest celebrity thing in Hampstead for 1p, it ain’t going to sell. And if you pile up an esoteric history in Gateshead, it isn’t going to shift. We have different books on display in Harrogate than we do in Kensington, for blindingly obvious reasons. There’s a different economy outside London. In Middlesbrough half the high street is vacant and there isn’t a lot of money. It’s a town that’s in big trouble, but our shop has reinvented itself there; it’s got rocking horses and pretty much all day long pre-school kids are sploshing about with paint. It’s not the most profitable shop, but it’s got spirit.’

In the Kensington branch they sell a lot of Scrabble and Monopoly. In St Pancras it’s novellas that you might finish on your journey: ‘Those sell in huge quantities.’ In Trafalgar Square it’s Union Jacks; in Walthamstow, they shift ‘a ton’ of camera-lens mugs (left). Huh? ‘It’s a mug with a lens on it. We sell billions.’

He got rid of centralised buying and created regional buying which immediately reduced returns(unsold books are returned to publishers) from 25% to 4%. This lead to a huge reduction in shelf space not being taken up by product that was not selling .

A particular favourite of mine is that he stopped stores having tables at the front with ‘bestsellers’. An especially brave move as they accounted for the best part of £27 million in revenue. However, their bottom line contribution was minimal and ‘best sellers’ in any product category (apart, maybe, from food) is often a very artificial construct.

His view of Amazon is of interest and once again I shall use his own words …..he is talking specifically about Jeff Bezos…..

……..driving the most enormous beast of a company that is getting bigger and dominating the world. In that crude sense, it is extraordinarily impressive. Just unbelievable. The drive, the quest for perfection, the sheer audacity of it, the chutzpah.

He goes on to explain that whilst Amazon accounts for 30% of book sales in the U.K. they are not booksellers. They are, essentially, a platform for selling books to people who know what they want .

But, and there is a biggish ‘but’ ,can this be done with other retailers ? I think it can and what’s more , I think if High Street multiples are to survive they have got to embrace localisation. Or at very least create innovative and interesting environments that actually make the act of shopping pleasurable, informative ,interesting and above all profitable.Product areas such as food are more difficult, yet I have already posted about a small convenience store chain that started in the financial crisis and has developed into a highly successful chain by focusing on an extreme form of localisation.

James Daunt has succeeded in an era which is very hostile to the very existence of a ‘shop’. He has rejuvenated an ailing retailer in a period of financial instability and in-spite of the world’s newest and most potent online behemoth. I think the model is worth looking at , albeit will need adapting for different product areas.

He may not physically (there again he may for all I know) climb rocks however in terms of retailing, what he has achieved makes climbing Everest seem like a walk in the park.