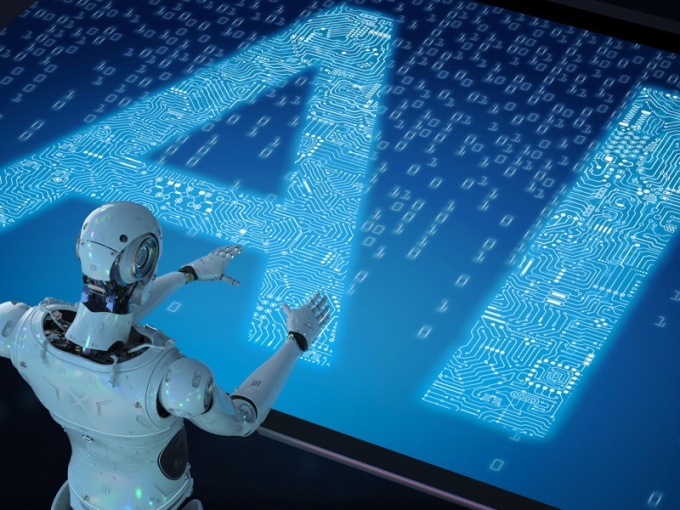 Hands up ! These are all US based and originate from the Forbes Technology Council . However, their development will , for the most part, impact way beyond the shores of the ‘Good old US of A ‘.

1. Voice shopping in cars. This does not mean lowering your windows and some ‘geezer’ at a set of tragic lights trying to flog you a bottle of coke. Most new cars are now sold with installed apps allowing you to use functions such as Amazon’s Alexa. There is the likely suggestion that in America, billboards will start displaying ads prompting you to scream at your dashboard and the item of your dreams will be delivered by the time you get home .

2. The return on investment for AI investment can be clearly understood. Now I am not entirely sure I understand the statement let alone the concept. Probably the best way to explain it , is from a site called http://www.kidbox.com. They sell boxes of kids clothes. You complete a ‘quiz’ , select a price and they send you a box of kids clothes and you pay for what you keep. Now the key is the quiz. It is a series of questions that help them decide what you may like . The secret here is not a group of kid box employees sitting down and deciding the answers to the quiz that child in question would like to wear Harry Potter hats and pink trainers . The results are determined by artificial intelligence.

3. Computer vision may move to less exciting parts of retail. Computer vision is the ability of computers to see images in much the same way as humans. An unpleasant thought, if you took it literally, such as when you walk into the store cctv blares out …

Oy! you ugly git, you are wearing one lousy shirt go to aisle 4 and caste your eyes on these beauts’

But it is not that far removed. A confectionary store in the States called Lolli & Pops, uses facial recognition to recognise loyalty customers when they walk into the store. Amazon Go takes images of products put into the basket of consumers in store and avoids the need of a check out . Then there is the tracking of footfall in store , seeing the pathways and actions of their customers. There is a whole lot more involved, but I think it paints its ‘own picture’.

5. Instagram could challenge Amazon’s dominance on mobile shopping. In the States Amazon has 140 million followers whilst Instagram has 100 million and they are about to launch their own shopping app. I can understand the theory because of Instagram’s influence on the consumer but I can’t say I completely agree with the analysis. For starters, Instagram does not have the infrastructure. It does not have the database (twenty years of Amazon trading) and quite simply I don’t think it has the comparable knowledge. Maybe in five years but not in 2019.

6. Cross border commerce may no longer be a choice . I think this heading is slightly counter intuitive. It means that because so much trading is done cross border. It cites Amazon once again , where their revenues cross border have increased by over 50% in the last two years. The suggestion is that all online operators must consider their cross border activities. To be really frightened, just examine how much product via Amazon is sold into Europe directly from China (over 40%).

7. Social media platforms could become e-commerce platforms. This is already happening, so I am not sure why this is such significant development. Yes, they have huge numbers (instagrams 1 billion active users) and yes they they may well take small slices from the likes of Amazon, but they don’t have the structures, as already but more significantly they don’t have the data and analytics that Amazon has accrued over the last twenty years.

8. Click and collect will come of age. This an economics issue. The cost of delivery is increasing and eats into margins particularly if the first delivery fails. Retailers will focus on increasing their ratio of clicking and collecting.

9. Independent subscription continue to lose subscribers. Well this comes as no surprise . Apparently the fall off rate is 40% within the first year. This is where you you give a load of dosh every month and you get a free razor and a bit of shaving gel. Or a ‘surprise box’ of organic veg , a good chunk of which gets chucked away . Personally, I have thought for some time , or ever since we were offered a fresh flower subscription of about £12 a week (£500 p.a.!) that this was an unsustainable model. Well it seems to be panning out that way .

10. The aisle could become more interactive. This comes as no surprise. It will enable retailers to become interactive and enhancing the ‘retail experience ‘. It will also involve the tightening of the online/offline experience.

Me thinks Forbes set their ‘technical council’ a brief of a list of ten and they started to struggle at nine and ten as they aren’t uniquely technological . Eight looks a bit like a combination of two and three. That said some might thing all these bear no relation to their own business. This is clearly not true , as they may be techniques that are not within your budget but they are all developments that will affect your business. If we don’t see them coming we won’t know what’s just smacked us in the face.